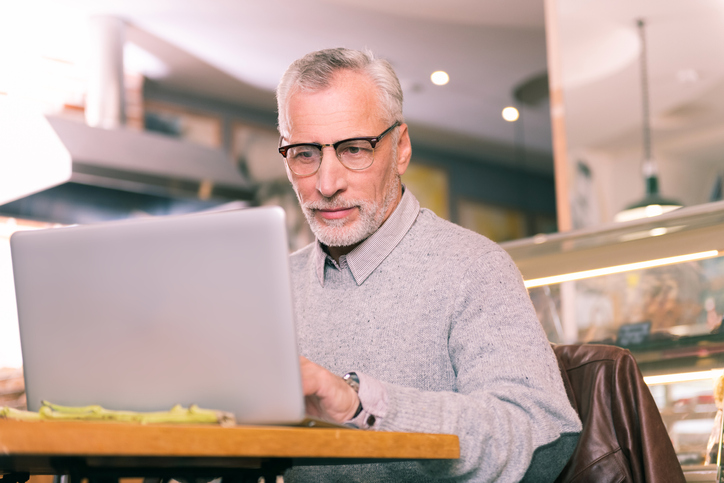 Baby boomers—those born between 1944 and 1964—aged now between 55 and 75, are retiring in droves… 10,000 a day by one measure, and will continue to do so for the next two decades. Unfortunately, neither they nor our national economy can afford this. The economy needs skilled and experienced workers, even if some may not be totally up-to-speed on the latest social media phenomena. And few baby boomers have sufficient savings to see themselves through a long retirement. Those savings are more important than ever, since very few baby boomer retirees will have pensions.

According to a 2015 Government Accountability Office report (GAO 15-419), about half of Americans over age 55 have absolutely no retirement savings. Of the half that have some savings, the median amount for those 55 to 64 is just over $100,000 and for those between 65 and 74, the median is just under $150,000, which is not nearly enough to get through what could easily be three decades of retirement.

But this only tells part of the story, since these are averages. According to the Social Security Administration, one in four 65-year-olds will live to age 90 and one out of ten will live to age 95. This means that if you plan to retire at age 65, unless you have some medical history that indicates otherwise, you should make sure that you have sufficient resources to last you 30 years—especially if you’re in a married couple, in which case you have a one in five chance that at least one of you will live that long.

Thirty years is a long time to live on just your savings and Social Security, especially if you’re part of the three quarters of baby boomers with less than $100,000 in retirement savings. So, what can you do about this? The answers are to work longer and to delay taking Social Security until age 70, if possible. The longer you continue working, the shorter the amount of time you’ll have to draw on your savings. If you retire at age 70 instead of 65, and want your savings to last until age 95, you will cut the amount you need by about a sixth, from 30 to 25 years. If you work until your 75th birthday, you will cut the number of years you need to cover by a third.

You may object that you don’t want to work that long, especially at a job you may have had already for four decades, or that you can’t work due to health issues or because employers won’t hire older workers. These are all legitimate concerns. The response is that you do not have to work as hard or as many hours as you may have earlier in your career. Consider working part-time, seasonally, or both. Consider trying something new—perhaps a type of work that you’ve always been interested in but didn’t take on because you needed to earn a certain level of income. It matters less now how much you make— presumably you’re no longer supporting a family or necessarily contributing large amounts to your retirement savings—just that you keep working.

If you can put off drawing on your Social Security until age 70, you’ll receive more for the rest of your life, which will put less pressure on your savings and provide longevity protection, since Social Security pays for as long as you live. The current full retirement age for Social Security is age 66. You can begin taking benefits at age 62, but they will be a quarter lower than you would receive if you waited four more years, and this loss of a quarter of your benefits will last for the rest of your life. So if, for instance, your full retirement benefit were $1,000 a month, you would only receive $750 a month—forever. Admittedly, you would have the benefit of $750 a month for four years, totaling $36,000, but if you began receiving benefits at age 66, you would make this up by age 78 and after that, continue to receive the increased benefit for the rest of your life.

If you could wait another four years to receive Social Security at age 70, your benefit level would increase by 32%, to $1,320 in our example. Again, you would have given up four years of benefits, or $48,000 at $1,000 a month, but you would make this up by age 82 and a half, helping to ensure your solvency in your later years.

Social Security further penalizes those taking early retirement by imposing a significant tax if they continue to work after beginning to receive benefits before age 66. Up until the year you turn 66, you will lose $1 of your Social Security payment for every $2 you earn above $15,720. From January until your 66th birthday in the year that you turn 66, the threshold increases to $41,880 and the reduction in benefits to $1 for every $3 you earn above this level. (Apparently, the Social Security Administration ultimately increases your benefit level to make up for this reduction in benefits, but this is an arcane calculation and it’s unclear how long it takes to make up the loss of benefits.)

In a column in The New York Times, economists Laurence J. Kotlikoff and Robert C. Pozen recommend two changes in the Social Security rules to encourage more baby boomers to keep working. First, they would eliminate the penalty for working and taking early retirement benefits, since this mostly affects lower wage workers who are more likely to need to take the early benefits and through the adjustment mentioned above, Social Security ultimately makes up the difference. Second, for workers over age 70, they would eliminate the requirement that employees and employers contribute to FICA. This would make older workers more attractive to employers and working more attractive to older retirees.

Of course, while baby boomers need to keep working for financial reasons as well as all of the social and psychological benefits of continuing to work, some of their younger co-workers may feel that the older workers stand in the way of the younger workers’ own advancement. This is especially true in a less than full employment environment. But it should be ameliorated at least to some extent if older workers take on different roles, perhaps working fewer hours and fewer weeks of the year, or leaving their current place of employment entirely and trying something new.

At What Age Should You Do Long-Term Care Planning?
Will You Need Long-Term Care?
7 Solutions If You Transferred Assets Within 5 Years of Moving to a Nursing Home