What does it mean to be an agent under a durable power of attorney? 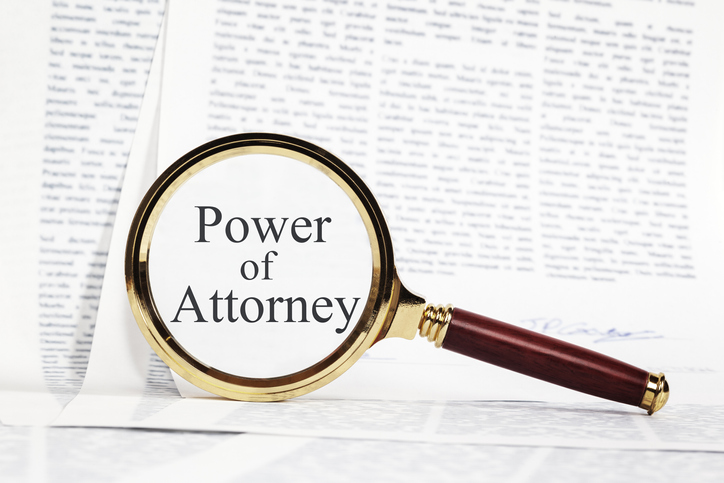 Have you been asked to serve as an agent (or “attorney-in-fact” to use the technical term) under a durable power of attorney in Massachusetts, but you’re not totally sure about your duties and responsibilities? Then you’re not alone. Here’s a primer.

What are my duties as attorney-in-fact?

If you have been appointed to represent the “principal” with respect to her financial affairs, this means that, in effect, you can step into her shoes and take whatever investment and spending measures the principal would take herself.  Unless limitations have been placed in the power of attorney itself, you can open bank accounts, withdraw funds from bank accounts, trade stock, pay bills, and cash checks. All steps you take must be consistent with your role as a “fiduciary.”

What does it mean to be a “fiduciary”?

This means that you will be held to the highest standards of good faith, fair dealing and undivided loyalty with respect to the principal. You must always act in his best interest and keep his goals and wishes in mind in making any discretionary decision.

Can I be held liable for my actions as attorney-in-fact?

Yes, but only if you act with willful misconduct or gross negligence. If you do your best and keep the principal’s interests in mind as the basis of your actions, you will not incur any liability.

When does the power of attorney take effect?

What if there is more than one attorney-in-fact?

If you are appointed along with one or more other agents, depending on the wording of the power of attorney, you may or may not have to act together on all transactions. In most cases, when there are multiple attorneys-in-fact, they are appointed “severally”, meaning that they can each act independently of one another. Nevertheless, it is important for them to communicate with one another to make certain that their actions are consistent.

Can I be fired?

What kind of records should I keep?

It is very important that you keep good records of your actions under the power of attorney. That is the best way to be able to answer any questions anyone may raise. The most important rule to keep in mind is not to commingle the funds you are managing with your own money. Keep the accounts separate. The easiest way to keep records is to run all funds through a checking account.  The checks will act as receipts and the checkbook register as a running account.

Can I be compensated for my work at attorney-in-fact?

Yes, if the principal has agreed to pay you. In general, the attorney-in-fact is entitled to “reasonable” compensation for his or her services. However, in most cases, the attorney-in-fact is a family member and does not expect to be paid. If you would like to be paid, it is best that you discuss this with the principal, agree on a reasonable rate of payment, and put that agreement in writing. That is the only way to avoid misunderstandings in the future.

Too often, clients get appointed to roles that carry huge responsibilities and they are given little instruction on how to carry out their roles. Or, even if they are well-advised, they cannot remember all they were told at a single meeting. The Consumer Financial Protection Bureau has published a series of easy-to-read guides on filling these fiduciary roles. These booklets can reinforce the advice given by the attorney and be available as a reference when new issues arise. Here’s a link to their guide for an Agent under a durable power of attorney. Use it to your advantage!

And let us know if you have any questions.

How Good is Your Durable Power of Attorney? – Massachusetts

PreviousMedallion Guarantees: Trouble for Consumers, Liability for Banks
Next5 Essential Estate Planning Documents and Why They Matter To You