To Live Really Long, Be Female and Japanese 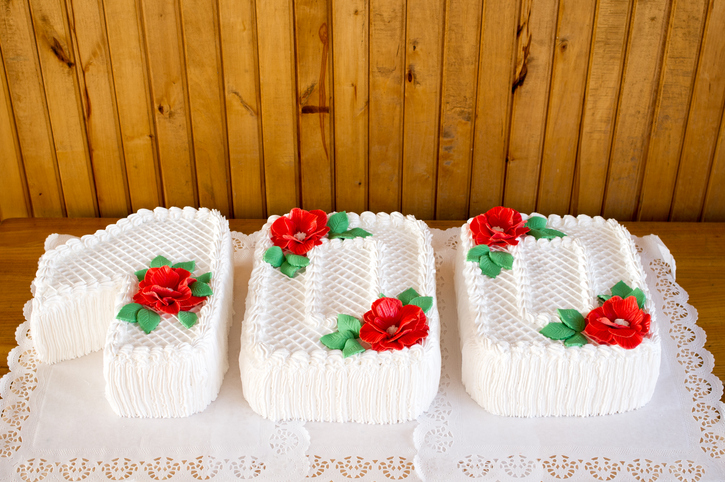 According to the website of the Gerontology Research Group, of the 50 oldest people living today, 48 are women and almost half—24—are Japanese. The United States comes in second with eight so-called supercentenarians—people 110 or older—of whom one was also born in Japan. The oldest American is currently Goldie Michelson, a Massachusetts resident born in Russia who will turn 114 on August 8th. She currently ranks 11th in the world. Number 12 is also American, Adele Dunlap of New Jersey who will be 114 on December 12th.

Where do the supercentenarians live?

Other countries with multiple supercentenarians include France and Italy with four each, though one of France’s four actually lives in French Guiana, and Brazil with two. Otherwise, the following countries can each boast a single supercenentarian among the 50 oldest living humans: Argentina, Colombia, England, Israel, Jamaica, Mexico, Panama, and Spain.

The oldest person today, Emma Morana-Martinuzzi of Italy, is the last surviving person born in the 19th century, on November 29th, 1899. The oldest recorded person to have ever lived was Jeanne Calment of France who died in 1997 at age 122 years, 164 days. The oldest verified man was Jiroemon Kimura of Japan who died in 2013 at age 116 years and 54 days.

So, why do the Japanese live so long. Is it age, diet, lifestyle, health care or some other elixir? Another question is whether these supercentenarians are outliers or reflect the general health in the country.The answer to that appears to be that, except for the United States, they do reflect the overall health of the nation’s population. Following are the top 10 countries by average lifespan:

While Japan ranks second, the one thing the others in the top ten seem to have in common is their small, or minute, size. However, other countries with supercentenarians also rank high in general longevity. Israel ranks 11th, Italy 14th, and France 19th.

The fact that the United States has so many supercentenarians seems to reflect our size, at least in part, since we rank just 43rd in average longevity. My guess is that the other reason that we have a high number of supercentenarians but a relatively low average life expectancy is our high and growing inequality. Some Americans are as well or better off and receive as good health care as anywhere in the world, but large numbers don’t receive great health care or lead a lifestyle in terms of the quality of food and exercise that leads to a long life. The fact that Brazil, ranked 129th in the world in terms of life expectancy, is the fifth country in the world with multiple supercentenarians may also reflect its size and level of inequity.

So why do women live so much longer than men, even in Japan which has just one male supercentenarian? Of course, that’s proportional to the rest of the world, which combined as one man among the 50 oldest humans alive today. Given that today’s supercentenarians were in their 30s during World War II, perhaps many Japanese men who could be really long livers died during the war. In 1940, Japan’s population was 73 million. Approximately 3 million Japanese died during the war, of whom 2 million were part of the military. If the other million were women and children and older Japanese of both sexes, we can assume that many more men than women died during the war. Currently, there are 3.6 million Japanese women age 85 and over and just 1.6 million men in the same age cohort, but whether the World War II has had a significant effect may be doubtful. The percentage of older men (30%) and women (70%) in the population is about the same as in the United States which lost just over 400,000 people out of a total population of 132 million at the time.

In short, the reason men live shorter lives than women on average does not appear to be the result of war.

How Will We House an Aging Population?

PreviousGet On It! The Centralized Section 8 Waiting List
NextGrandfather May Intervene in Guardianship Proceeding