The Trump-Ryan Plan for Medicaid Moves Towards Block Grants 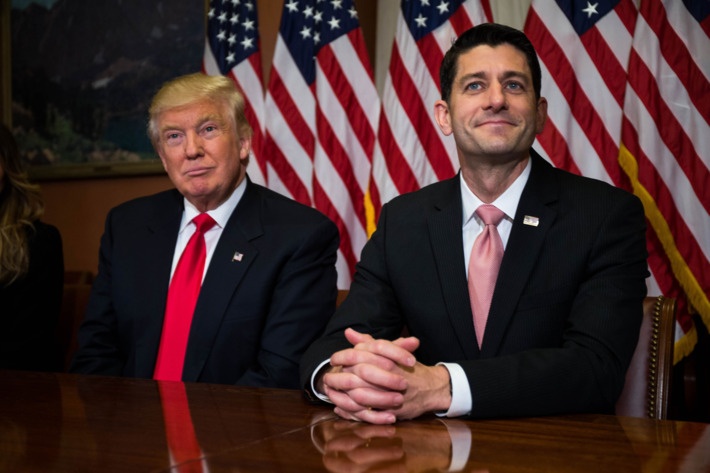 With the release of the House GOP plan for repealing and replacing the Affordable Care Act, the American Health Care Act, we can now begin moving from conjecture to reality, though much still remains uncertain. This article will focus on the proposed changes to Medicaid and how they could affect seniors and people with disabilities.

Per Capita Rather than Block Grants (Maybe)

Speaker of the House Paul Ryan has long been a proponent of block grants for Medicaid (MassHealth in Massachusetts) in place of the current system under which the federal government simply reimburses states for a percentage of their spending (with the percentage varying by state), no matter the cost. Under the current system, the federal government sets out the rules on who may be covered and what services Medicaid will pay for. Within those rules, each state runs its own Medicaid program.

One block grant proposal would simply give each state a set amount of money to spend on its Medicaid program as it sees fit. This, the theory goes, would permit the states freedom to create their own health care programs for the poor and provide better care at less cost. Fears include the following:

These fears were somewhat alleviated by the original form of the GOP plan, which instead of giving states a fixed amount for their entire Medicaid programs, would have given them a fixed amount per Medicaid beneficiary, with different amounts for beneficiaries according to the following five categories:

However, in a “manager’s amendment” released by the House GOP leadership on March 20th, the revised version of the bill gives the states the option of having a pure block grant. The actual funding under either plan would start in 2020, but would use 2016 as a base year adjusted each year by the medical component of CPI (CPI-M) calculations. This still raises many concerns that center largely on the extent of the funding and how limits will affect state budgets. In its analysis of the proposal, the Congressional Budget Office (CBO) projects that during the 2017-2026 period, CPI-M will grow at an average rate of 3.7 percent while the average per enrollee Medicaid expenses will grow at a rate of 4.4 percent on average, a 0.7 percent difference per year. The CBO predicts:

With less federal reimbursement for Medicaid, states would need to decide whether to commit more of their own resources to finance the program at current-law levels or whether to reduce spending by cutting payments to health care providers and health plans, eliminating optional services, restricting eligibility for enrollment, or (to the extent feasible) arriving at more efficient methods for delivering services. CBO anticipates that states would adopt a mix of those approaches.

It’s not clear from the CBO report why it projects Medicaid costs per enrollee to increase so much higher than medical inflation. One factor may be baby boomers, who are getting older and are likely to need more care per individual as the years progress. One possible result of squeezed state Medicaid budgets may be lower payments to nursing homes with adverse effects of quality of care.

While the block grant proposal appears to throw out the federal rules for Medicaid eligibility, the per capita cap probably does not do so since the House would not want the states to seek more federal funding by admitting more people to the program. So, we probably will not see a wholesale reformation of the Medicaid eligibility rules and 50 different Medicaid programs in the 50 states, just in those that elect a pure block grant.

That said, there are indications that under the new administration CMS will be more amenable to state requests for waivers from the standard rules. This could result in increasing variation among the states and changes that impinge on eligibility. Since these waivers don’t have to wait for Congressional approval, they may begin happening well before the 2020 start date for the GOP House plan.

In terms of the new block grant option, it could be that few or no states choose it because it puts them at risk if a recession, natural disaster or other circumstances increases the number of enrollees for Medicaid. If that were to happen, the states would be left holding the bag. I would be very surprised if Massachusetts would opt for pure block grants.

While the GOP proposals include a long list changes to the Medicaid program, most do not affect seniors and people with disabilities. Those that do, include the following:

Undoubtedly, the bill will go through many changes before enactment, so we can’t know the ultimate effects. But here are a few based on the initial proposal:

Whatever happens, these changes will be quite disruptive to health care systems, providers and beneficiaries throughout the nation. Sara Rosenbaum, Chair of the Department of Health Policy at the George Washington University School of Public Health, wrote the following on the Health Affairs Blog:

States have built their programs and designed their complex health care delivery systems for the poor over a half century, entirely depending on this federal/state funding arrangement. Under the bill, they either would have to accept the terms of a seriously diminished financial deal or give up federal funds entirely. . . . Effectively this leaves states with the Hobbesian choice of either making up the funds that have been lost out of their own coffers or cutting where they can under existing law, notably funding for optional populations such as children and adults with severe disabilities who receive home and community-based care (many of whom are optional); prescription drug coverage; inpatient and outpatient rehabilitation services for adults; preventive services for adults; durable medical equipment; and so forth.

Further, by restricting federal reimbursement to the number of beneficiaries rather than actual costs, they will only adjust partially to unanticipated needs that inevitably will arise such as the aftermath of Katrina or, more recently, responding to the Zika virus. The states will have to deal with increased costs on their own while the seek Congressional approval of federal cost sharing.

PreviousDigital Estate Planning: Who Should Have Access to Your On-line Accounts?
NextSome Elder Care Forms You Can Use