Should You Have to Spend Down for MassHealth Coverage? 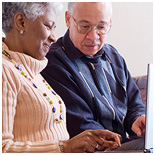 One of our readers asked:

Since when does a nursing home require that all assets be given to them, including life insurance policies before going on MassHealth? Why should they get every penny while the person is alive and after they die too?

This question, while misstating how MassHealth works, raises some interesting philosophical and public policy questions.

First, we should clarify that the nursing home itself only gets the resident’s assets to the extent that they are spent down paying for the resident’s care. Once they are gone, MassHealth picks up the cost of care. MassHealth (Medicaid) is a joint federal and state safety net program that provides health care coverage, including nursing home care, for the indigent. In the absence of any other program, it has also become the main source of payment for nursing home care for both poor and middle classes.

While MassHealth only kicks in when the nursing home resident has run out of other funds, the rules do provide some exceptions. For instance, the spouse of a nursing home resident may keep the couple’s house plus about $140,000 in savings and investments. Assets may be transferred into a trust for children or others with disabilities. Other assets may be protected through careful planning.

Should Government Pay for Your Care?

The philosophical question is whether people should have to spend everything down before they can expect help from government to pay their long-term care expenses, and what planning techniques should be permitted. Our current system expects people to pay for their own care unless or until they can’t, at which point MassHealth will step in to help out. But it turns out that determining who can pay and who is too poor to pay has become rather complicated, especially with elder law attorneys like us helping seniors qualify as “poor” under MassHealth’s increasingly complex rules.

The result is more of a cost-sharing arrangement with citizens and government both paying some of the cost of care, depending on where the care is provided and the financial status of the person receiving care.Probably its biggest drawback is its unfairness on many levels:

And the Government Should Pay, How?

MassHealth may the be fastest growing sector of government expenditures in Massachusetts. On the one hand, citizens want help paying for long-term care. On the other, they don’t want to pay higher taxes. The options for squaring the circle seem to be: (1) lowering the reimbursement rate to nursing homes (which almost has to have a harmful effect on the quality of care, and may have had something to do with the high death rate of nursing home residents during the coronavirus pandemic), (2) raising taxes, (3) borrowing—in other words, let future generations pay, or (4) cutting government expenses for other programs.

None of these options is very appealing. The fact that we only have unappealing options is in part due to the fact that no one started from scratch to design a long-term care payment system. Instead, MassHealth became the primary payer of long-term care expenses by default — because we have nothing else.

I’d suggest that a better approach would be to require everyone to pay into a national long-term care insurance program. But that’s similar to the approach of the Affordable Care Act with the resulting controversy that we’ve experienced. It would be terrific, however, if we could have a straightforward national conversation on long-term care policy – what government should pay for and how it should come up with the funds to do so.