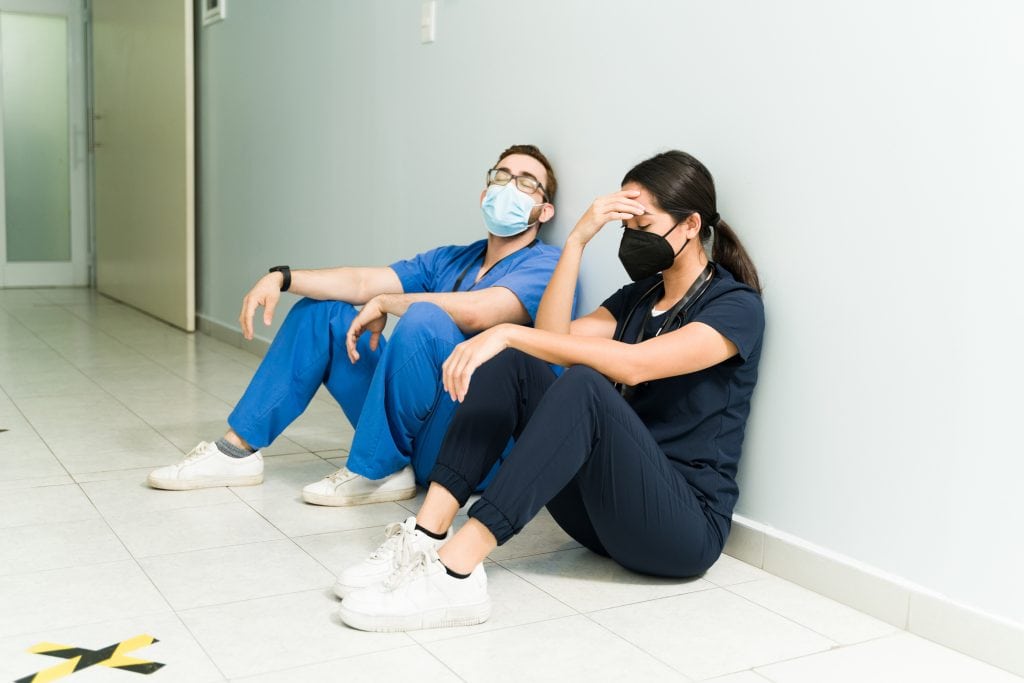 The Boston Foundation, along with SkillWorks, a partnership between the Foundation and the City of Boston to improve workforce development statewide, has issued a report describing the challenge of caregiving in Massachusetts for both those giving and receiving care. “Care Work in Massachusetts: A Call for Racial and Economic Justice for a Neglected Sector” highlights the gendered and racial makeup of the caregiving workforce, as well as its low pay and poor benefits. Both the difficult working conditions and our dependence on care workers were made more apparent by the pandemic. (While the report covers child care as well elder care, this summary will focus on its findings about home care and long-term care facility workers.)

The Need for Caregivers

The need for caregivers will begin to grow at a rapid pace in about 10 years as the oldest Baby Boomers pass the age-85 threshold at which is when seniors are more likely to need assistance. According to the report, a third of Massachusetts residents age 80 to 85 and 45% of those age 85 to 89 have two or more disabilities. Nationally, the number of Americans over age 85 is projected to triple from 6.7 million in 2020 to 19 million in 2060. And there’s already a shortage of workers. The Boston Globe reported that in 2020 before the start of the pandemic 17% of certified nursing assistant positions were vacant. As of March this year, 28 percent of nursing facilities nationally reported experiencing a staffing shortage.

The Massachusetts Executive Office of Labor and Workforce Development projects the overall workforce in the commonwealth to grow 3% from 2018 to 2028 but the need for personal care attendants and home health aides to grow about 20% each during the same ten years, and that’s before the Baby Boomers start needing care.

Not unexpectedly, they also tend to be immigrants. While 20% of the Massachusetts workforce were born in other countries, immigrants make up 35% of home care workers and 46% of long-term care facilities workers. The declining immigration rates due to Trump-era policies and the pandemic could further exacerbate the care worker shortage. Improving both wages and benefits could make caregiving work more attractive to non-immigrants and also reduce turnover which is detrimental to the quality of care.

The researchers did not have completely current records on worker pay so they reported on records from 2016 to 2020. During that period, median income for all workers in Massachusetts was $26.04 an hour as compared to $14.80 an hour for home care workers and $15.36 an hour for workers in long-term care facilities. These rates have improved since then due to increases in the minimum wage and negotiated raises for personal care attendants (PCA) paid for by MassHealth (Medicaid). The minimum wage in Massachusetts is now $14.25 an hour and will increase to $15 an hour on January 1st. Personal care attendants paid have unionized and negotiated a rate of $17.75 an hour.

In addition to receiving lower pay than most other workers, care workers also receive fewer benefits. While 75% of workers in Massachusetts receive employer-supplied health insurance, only 36% of home care workers and 53% of long-term care facility workers receive the benefit. As a result of this and their low pay, many end up qualifying for MassHealth. While 14% of all workers in Massachusetts are covered by MassHealth, 49% of home care workers and 36% of long-term care facility workers are so covered. In addition to their low pay, such workers may be part time (or work full time, but in a number of different part-time roles). Home health workers are likely to be employed by individuals or families, who don’t supply health insurance or other benefits. Few caregivers have a pension or other retirement plan (and those paid under the table don’t even receive contributions to their Social Security retirement).

In addition to all the above, caregiving can be dangerous. According to the report: “In 2019, nursing assistants had one of the highest incidence rates of nonfatal injury and illness requiring time away from work (283.5 per 10,000 full-time workers) above heavy and tractor-trailer truck drivers (280 per 10,000) and laborers and freight, stock and material movers (275.5). Many tasks performed by direct caregivers put them at risk for injury—such as pushing, transferring and repositioning patients.”

And all of this is about paid caregiving work. Most care is provided by family members for no monetary compensation, but instead often involving financial as well as other sacrifices.

So where should Massachusetts go from here? While we’re not ready for the long-term care crisis coming our way, we’re actually doing a few things better than most other states. Our minimum wage is one of the highest in the nation as is the rate we pay PCAs. Our family and medical leave law provides compensation to caregivers when they can’t work due to their own illness or that of family members.

But there’s much more we need to do. Recommendations of the report include:

We know that a huge increase in the need for long-term care that is barrelling our way will arrive in about 10 years. We can plan ahead and be prepared or wait for it to arrive and then deal with the crisis. Baby Boomers who will need the care should be urging state government to plan ahead. All of us who care about caregivers in Massachusetts should act now to improve their working conditions.