Massachusetts Sued for Unnecessary Institutionalization of People with Disabilities 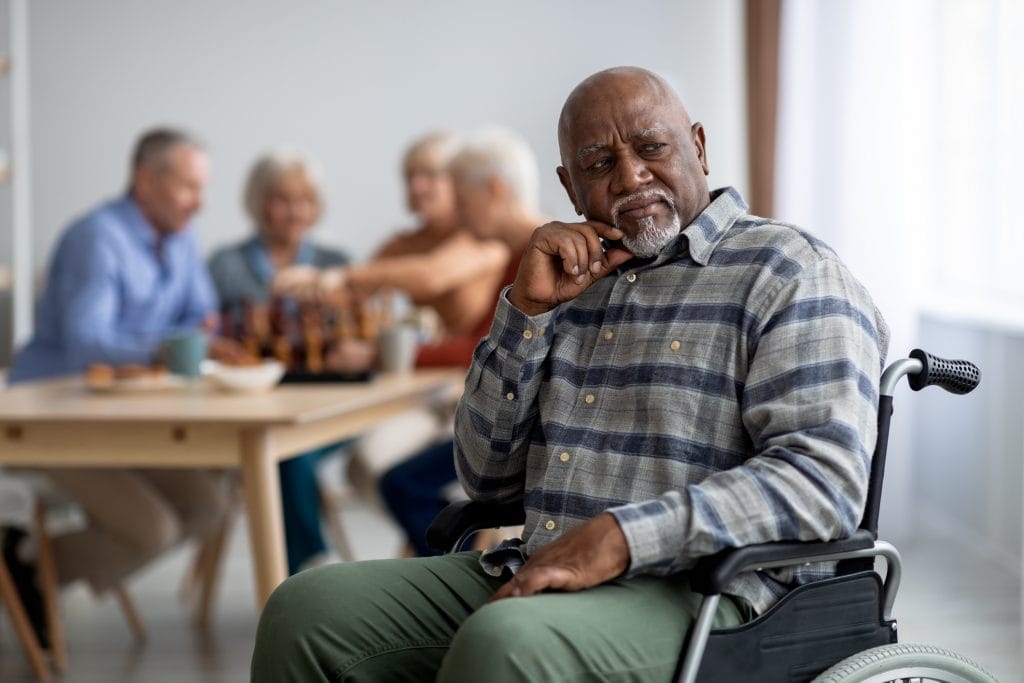 Seven Massachusetts individuals with disabilities residing in nursing facilities have brought a class action lawsuit against the Commonwealth of Massachusetts for failure to provide community residential services and supports necessary for them to be able to move from such facilities in violation of both the Americans with Disabilities (ADA) and Medicaid (MassHealth) Acts. Further, they claim such failures disproportionately impact people of color. They are joined in their suit by the Massachusetts Senior Action Council, a statewide, grassroots, senior-led organization that empowers its members to use their own voices to address key public policy and community issues that affect their health and well-being.

The lead plaintiff in the case, John Simmons, Mass. Senior Action Council, et al. v. Charles Baker (as Governor) et al. (U.S. Dist. Ct. Mass. Civil Action No. 22-11715), is John Simmons, a Black man with a medical and psychiatric disability who has unwillingly spent the past three years in a nursing facility in Everett. Five of the other plaintiffs are represented by their guardian, Sara Spooner of Spooner Guardianship Services in Auburn.

The defendants, in addition to Governor Baker, include the executive offices of Health and Human Services, Administration and Finance and Elder Affairs, as well as MassHealth. (Lois Clark, the lead plaintiff in the seminal U.S. Supreme Court case holding that restricting people with disabilities to institutions recently passed away. For more information on Home and Community Based Waivers under Medicaid, Justice in Aging and Caring Across Generations have prepared a fact sheet which you can access here.)

The complaint alleges that by being confined in nursing facilities, especially during the height of the Covid-19 pandemic, puts the plaintiffs and the members of the class at serious risk:

Even without these risks, life in nursing facilities is greatly limited:

There is little, if any, privacy for persons with disabilities in nursing facilities.
Individuals often share rooms with other people whom they did not know previously and with
whom they did not choose to live. They often cannot even close the doors to their own rooms.

Meals are provided based upon a schedule dictated by the institution. People with
disabilities have little choice about what and when to eat. Food selection rarely reflects the
ethnic or racial diversity of the people with disabilities in nursing facilities.

Nursing facilities are stark environments where residents have a minimal number
of personal possessions that usually cannot be secured. People with disabilities in nursing facilities have little, if any, choice regarding when to wake, sleep, shower, how to spend their
days, and if and when to leave the facility for “outings.”

And Unduly Impact People of Color

The complaint alleges that these risks and hardships of living in nursing facilities unequally affect people of color. In addition, even within these institutions people of color are treated worse than white residents:

They claim that the services providing in nursing facilities could be provided in the community and cite successful deinstitutionalization lawsuits by Massachusetts residents with intellectual and developmental disabilities and acquired brain injuries. Finally, the suit asks for further relief for individuals with serious mental illness in the form of an injunction requiring MassHealth to comply with federal requirements regarding pre-admission screening and provision of appropriate treatment while they are living in nursing facilities.

The plaintiffs are represented by the law firm of Foley Hoag.