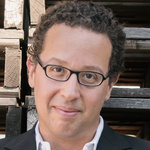 addresses “The Ethics of Adjusting Your Assets to Qualify for Medicaid.” As Lieber explains in this and prior articles, Medicaid has become the primary source of payment for long-term care services in the United States. But it is essentially a health care program for the poor and has set asset, and sometimes income, limits for determining if someone is poor enough to qualify for benefits.

For most people who enter nursing homes or receive care at home or assisted living, if they pay for their care out-of-pocket, they’ll run out of money eventually and qualify for Medicaid coverage. But individuals can artificially impoverish themselves by giving away their money or other assets to their children (or anyone else they choose, except a spouse) at least five years before applying for benefits. The question is whether this practice is ethical.

Lieber quotes responses to this question from a number of people, including elder law attorneys and children of seniors who received long-term care. Their responses include the following:

Lieber ended his column by requesting comments from readers. Here’s my response:

I have been practicing elder law for more than 30 years. During that time, I have helped thousands of seniors and their families save money by qualifying for Medicaid to cover long-term care costs. While sometimes this involves transferring assets in advance to artificially impoverish oneself to qualify for benefits when needed, more often it consists of assisting spouses and families of ill seniors navigate the increasingly complicated Medicaid rules.

As you mention more than once, the Medicaid rules are complex and people need expert advice. This is a full-employment system for elder law attorneys and it is wrong. I doubt that anyone would have designed our current system for paying for long-term care if they had started from scratch. Expanding Medicare to cover long-term care costs would be a much better solution.

But since Congress has failed to take on this issue over the past three decades and longer, what should Americans do? Should they leave themselves and their families to the vagaries of their health or take steps to protect their assets? Doing so can achieve important results, including:

While it’s true that those who go to elder law attorneys are usually more sophisticated and on average more affluent than those who do not, they are rarely wealthy. The steps one must take to qualify for Medicaid are a double-edged sword, often coming with disadvantages that are not worth it for the wealthy.

While it’s also true that Medicaid planning raises the costs for taxpayers, I believe that that is a form of spreading the risk. Medicaid can help pay for the cost for those unfortunate enough to need care, and we can all help pay part of the cost. I’d prefer a more straightforward insurance pool, but this is all we’ve got. There’s nothing wrong with using it, of course, always following the law.

What Do You Think?

That’s what I think. What do you think? Please write your comments below.

5 Reasons to Use a Lawyer for MassHealth Planning

PreviousSenate to Poor, Disabled and Elderly: You’re On Your Own
NextMassHealth Planning is Not for Everyone