What to Do When Someone Dies: The Massachusetts Voluntary Administration and Probate Processes

By Jeffrey A. Bloom 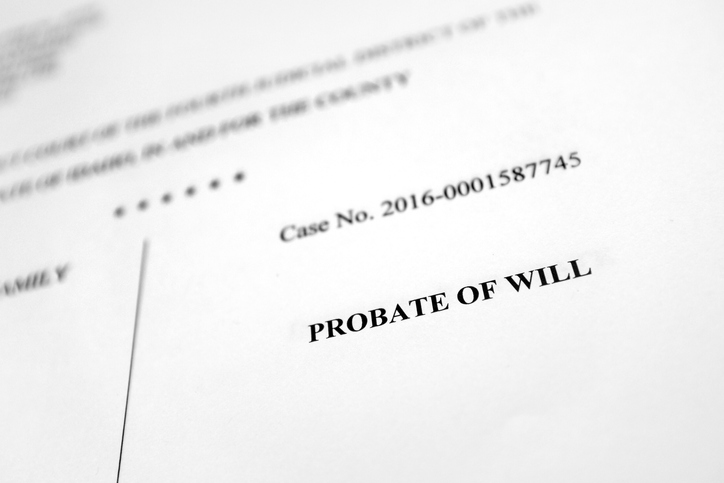 Probate is a legal process by which an appointed individual—usually a spouse or other kind of family member—is given the power to identify and gather a deceased person’s (“decedent’s”) assets, pay any debts or taxes the decedent owes, and eventually, transfer any remaining assets to the people who will inherit them, either according to the terms of the decedent’s will (if one exists) or according to Massachusetts law (if one does not). In 2012, Massachusetts adopted the Uniform Probate Code (“MUPC”) in an effort to simplify the state’s probate and estate administration process. Below are some key points to keep in mind regarding the probate proceedings and Massachusetts voluntary administration:

1. Probate is only required when the decedent held assets in his or her name alone.  Assets owned jointly, such as real estate, or bank or investment accounts, transfer automatically to the surviving owner. So, too, assets with a named beneficiary, like retirement plans or insurance policies, transfer automatically to that designated individual without the need for probate. Property governed by a revocable trust likewise is not subject to probate. Given these exceptions, there are many cases—for example, when the first spouse in a marriage dies—in which few, if any, assets must go through probate.

2. Small estates can be handled expeditiously through “voluntary administration.” Expanding upon prior Massachusetts law, Section 3-1201 of the MUPC provides for streamlined processing, in cases where an estate does have assets subject to probate, but those assets consist entirely of personal property valued at no more than $25,000 (excluding one car of any value). An interested party, such as a spouse or other close family member, can initiate this process, known as “voluntary administration,” once thirty days have passed from the decedent’s death. Massachusetts voluntary administration can be used whether the decedent left a will or died intestate. Upon the filing of certain required items, such as the will (if any), an inventory of assets, a list of heirs, and a death certificate, the interested party is appointed the voluntary personal representative and given the power to gather assets, pay debts, and distribute property. In cases where the net value of the estate is less than the combined value of (i) the exempt property allowance ($10,000, MUPC §2-403), (ii) the so-called discretionary family allowance, intended for the temporary support of surviving spouses or children ($18,000, MUPC §2-404), and (iii) any expenses incurred by the decedent for funeral, probate and last illness, the estate can be distributed out immediately.  MUPC §3-1203. Note that Massachusetts voluntary administration may not be used if there are certain complicating situations. For example, in order to pursue or continue any litigation, the estate would need a personal representative with appropriate powers to do so, available only in an actual probate proceeding.  MUPC §3-715.

3. Many larger estates will still qualify for a streamlined “informal” probate process.  Supervised by a magistrate rather than a judge, the so-called “informal” process under MUPC §3-301 allows an interested party to petition for appointment as personal representative as soon as seven days, but no more than three years, after the decedent’s death. There are no hearings in informal probate, and, assuming the petitioner’s underlying paperwork is in order—showing, among other things, proper notice to heirs, filing of the death certificate and production of the original will (if any)—a magistrate can swiftly issue an order of appointment allowing the personal representative to begin administering the estate. There are, however, situations in which the informal process may not be used, including problems with a will (for example, if one exists but cannot be located or its validity is in question), difficulty identifying or locating heirs, when the petitioner is a creditor, or when there are heirs requiring special judicial attention (such as unrepresented minors or incapacitated persons). These cases would be handled under the so-called “formal” probate process, typically by a judge, involving one or more hearings before the court. See MUPC §3-401.

For more information on the Massachusetts voluntary administration and probate processes, click here.

What is Probate and Should You Avoid It?

PreviousHow Pushy Should Attorneys Be?
NextMassHealth PCA Program Can Pay Sons and Daughters to Care for Parents