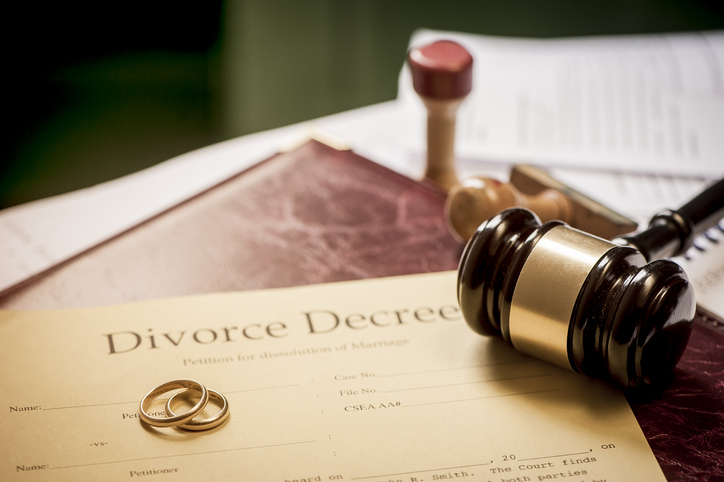 On August 8, 2016, in the case of Pfannenstiehl v. Pfannenstiehl, the Massachusetts Supreme Judicial Court unanimously overturned a lower court decision that had ordered that assets in an irrevocable discretionary trust created by the husband’s father be split in a divorce. The SJC in this decision upholds the use of trusts to shelter assets for future generations.

In my previous report on the Pfannenstiehl case, I outlined that Curt and Diane Pfannenstiehl were married in 2000, have two children with special needs, and separated in 2011. Curt’s family owns a number of for-profit colleges. Curt works for one of them as a bookstore manager and is paid about three times the normal salary for that position. Diane gave up a position in the military reserves in order to care for the children. She earns a small amount as an ultrasound technician working one day a week. Up until the separation, the couple also depended on distributions from a trust created by Curt’s father for Curt, his siblings, and their children. At the time of the divorce proceeding, the trust held property valued at almost $25 million and there were 11 beneficiaries.

Apparently, during the divorce proceedings, the trial judge came to respect Diane and loathe Curt. In her ultimate decision, she valued Curt’s share of the family trust at one 11th of the total trust assets and ordered that 60 percent be distributed to Diane. Curt appealed this, but lost in a split decision at the Court of Appeals level. Curt then appealed to the SJC.

The trust reads in pertinent part as follows:

[The trustees] shall pay to, or apply for the benefit of, a class composed of any one or more of the Donor’s then living issue such amounts of income and principal as the Trustee, in its sole discretion, may deem advisable from time to time, whether in equal or unequal shares, to provide for the comfortable support, health, maintenance, welfare and education of each or all members of such class.

This language combines a statement that any trust distributions are within the “sole discretion” of the trustees as they “may deem advisable from time to time” with the directive that they “shall . . . provide for the comfortable support, health, maintenance, welfare and education of” the beneficiaries. This is known as an “ascertainable standard.” The trust further states that the distributions among the beneficiaries may be unequal.

Neither the principal nor income of any trust created hereunder shall be subject to alienation, pledge, assignment or other anticipation by the person for whom the same is intended, nor to attachment, execution, garnishment or other seizure under any legal, equitable or other process.

The significance of the spendthrift clause is that Curt may not pledge his trust interest in exchange for a loan and it cannot be reached in a claim against him for debts he may incur.

The SJC finds that the fact that the trustees have total discretion whether or not to make distributions on Curt’s behalf means that he has an uncertain “expectancy” for which under Massachusetts divorce law, a different standard is applied to splitting assets among former spouses.

Considering the language of the 2004 trust, and the particular circumstances here, the ascertainable standard does not render Curt’s future acquisition of assets from the trust sufficiently certain such that it may be included in the marital estate . . . As noted, however, the trust may be considered as an expectancy of future “‘acquisition of capital assets and income’ in determining what disposition to make of the property that [i]s subject to division.”

It remands the case back to the probate court to calculate a new division of assets based on this understanding.

In making this decision, the SJC is swayed by the fact that Curt is one of 11 beneficiaries of the trust and that there can be even more as additional grandchildren and great-grandchildren come into the picture. It distinguishes the case from an earlier one in which the divorcing spouse was the only beneficiary of a discretionary support trust.

We have many clients who choose to leave funds for their children and grandchildren in family protection trusts in order to protect them from lawsuits, in the event of divorce, and in case the children die early. We’ve always been a bit wishy-washy in counseling our clients about the divorce protection afforded by these trusts. Though they should work and the funds are certainly better protected than if they were in the child’s name, we have told our clients that probate court judges are, to some extent, a law unto themselves.

This decision strengthens these trusts. But it also makes it clear that there are ways to make the trusts stronger, including:

Following these provisos should make the trusts impregnable.

7 Reasons You Should Consider A QTIP Trust

How to Protect an Inherited IRA

How to Tailor Your Asset Protection Trust

9 (Potential) Problems with Your Trust – Massachusetts

PreviousSo You’ve Been Appointed Trustee, Now What?
NextWho Should Get Your Stuff When You Die? And Who Should Decide?