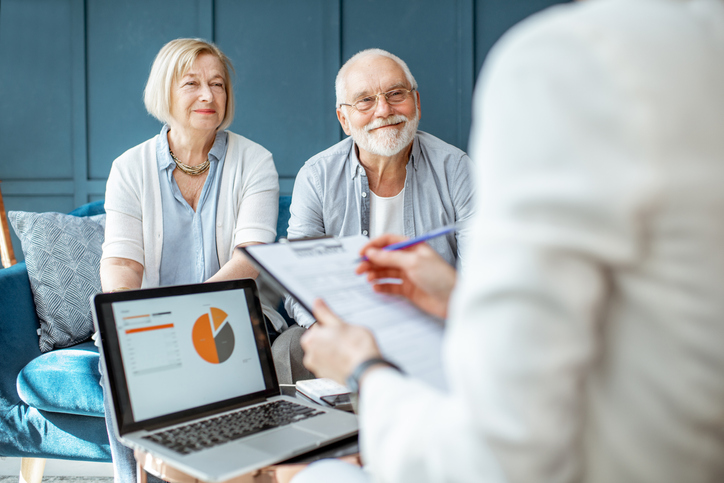 Medicaid (MassHealth in Massachusetts) is the primary source of payment for long-term care services in the United States. To qualify, however, those needing long-term care must become impoverished under MassHealth’s complicated and often-changing rules. To make matters even more complicated, the rules differ depending on whether the patient seeks care at home, in an assisted living facility, or in a nursing home. The following discussion of the use of immediate annuities applies only to the nursing home setting. But in that setting, immediate annuities can be of great benefit in protecting spouses of nursing home residents and, to a lesser extent, can help preserve assets for the children of nursing home residents who are unmarried or widowed (I’ll dive into this subject in another blog post).

Following are the most significant rules governing eligibility for MassHealth coverage of nursing home care:

Before going any further, at this point, I generally advise my clients to ignore logic when considering taking MassHealth planning steps. With that said, in the case of married couples, the use of immediate annuities essentially involves transforming excess assets (on which there are strict limits), into income on which there are no limits. To do this, we need to understand the nature of an immediate annuity. (At the end, I will distinguish immediate from deferred annuities.)

In short, the spouse of a nursing home resident may spend down her excess assets by using them to purchase an immediate annuity that meets certain criteria, which we will discuss below. For instance, if John moves to a nursing home and John and Jane have $320,000 in countable assets (savings, investments and retirement accounts), Jane can take $200,000 in excess assets and purchase an immediate annuity. Upon reducing their countable assets to $120,000, John will be eligible for MassHealth.

If the annuity pays her $3,500 a month for five years, by the end of that time Jane will have received back her investment plus $10,000 of income. (Especially in this low-interest rate environment, annuities don’t pay very much, but they can save a lot of money by helping people qualify for MassHealth coverage of nursing home care.) If she accumulates these funds, at the end of five years she will be right back where she started before John needed nursing home care.

For this to work, the annuity must meet a number of requirements, including:

Given this planning opportunity, many spouses of nursing home residents use immediate annuities to preserve their own financial security. But it’s not a slam dunk for a number of reasons, including:

In short, the use of this powerful planning strategy depends on each couple’s particular circumstances and should be undertaken only after consultation with a qualified elder law attorney. In addition, those who do purchase immediate annuities need to shop around to make sure to purchase one from a reliable company paying the best return. In one case, we were able to save a spouse $100,000 in cumulative annuity payments since her broker had sold her an annuity paying a lousy return. (Annuity regulations permit buyers to back out for a short time after the purchase.)

A final caveat and explanation of deferred annuities: There is no benefit to purchasing an annuity in advance of its need. Some brokers will attempt to sell deferred annuities for MassHealth planning purposes. A deferred annuity is a completely separate beast. It permits a tax-deferred investment, which may make sense for investment purposes, especially since some offer favorable income streams. Deferred annuities can be “annuitized,” meaning they can be turned into immediate annuities. But they can be a problem for MassHealth eligibility purposes if owned by the nursing home resident, since the income stream would be payable to the nursing home, instead of to the healthy spouse. Often, for about seven years after the purchase of a deferred annuity, the annuity will charge a penalty for early withdrawal if it becomes necessary to transfer it to the healthy spouse. In short, while immediate annuities can be great tools for MassHealth planning, deferred annuities should be avoided by anyone contemplating the need for care in the near future.