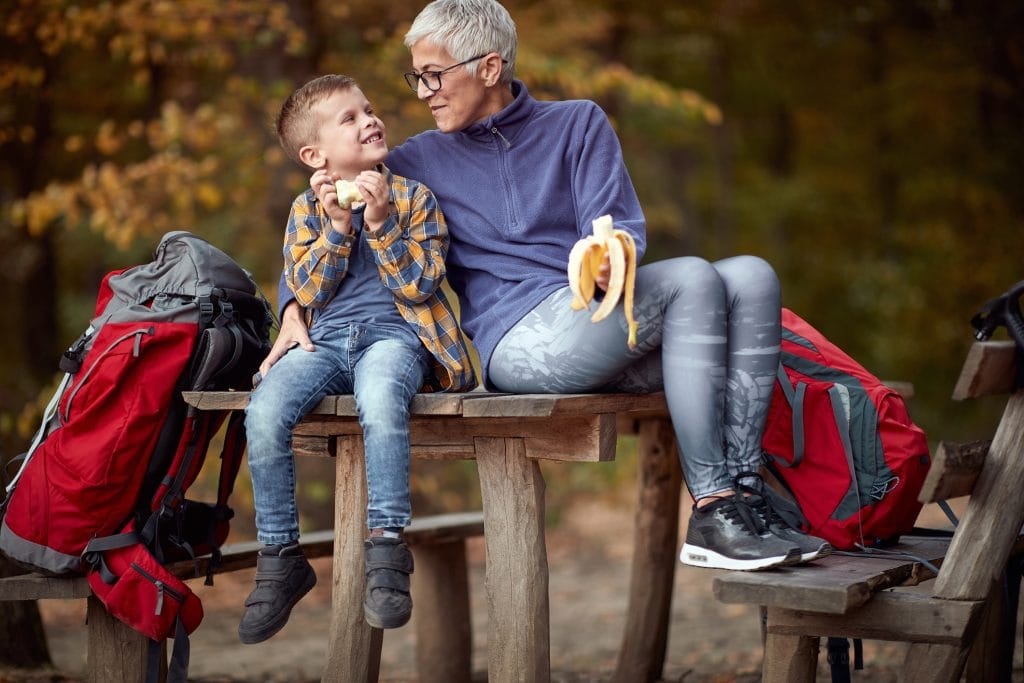 Two of my oldest friends, from high school and college, recently told me that they’re planning to retire over the next year or two. Both also recently became new grandfathers. A coincidence? I don’t think so.

However, my friends may be an anomaly. According to a recently-released study by Megan Doherty Bea and Somalis Chy at the University of Wisconsin, becoming grandparents is more closely related to moving to live nearer grandchildren than it is to the decision to retire.

In recent blog posts we talked about where best to move related to retirement, including various “best of” lists and retirees’ potential need for care later in life. The University of Wisconsin study finds that for many grandparents the need for assistance with care goes the other way — grandparents providing child care rather than their children providing them with elder care. It finds that a significant number of older adults move to within 10 miles of a child around the time of retirement with many, in fact, moving in with a child. The authors associate these moves with the absence of affordable child care in the United States: “With limited public infrastructure and high cost of private childcare, American families have
adapted strategies to support and manage childcare needs, including having grandparents step in
to provide care.”

But Not Retiring to Provide Grandchild Care

However, they find that these moves and family needs for assistance with child care are not correlated with the retirement decision as evidenced by statistics on when older Americans begin taking Social Security benefits. Instead, “retirement, which removes the geographic ties to specific work locations and frees up hours in the day, serves as a key turning point for making these proximity moves.” In other words, the presence of grandchildren and their parents’ need for assistance with child care does not drive the decision to retire but does influence the decision as to where to live upon retirement.

A Question of the Data?

In commenting on these results, in its Squared Away Blog, the Center for Retirement Research at Boston College postulates that more and less affluent grandparents may already be more or less likely to live near their grandchildren and as a result more or less likely to retire or move to be able to provide child care assistance. Or the correlation between retirement and moving may not be reflected in the study’s data because more affluent retirees will delay taking Social Security benefits until age 70 even if they have retired:

One curious aspect of this study is that retiring and moving doesn’t necessarily mean the person will simultaneously sign up for Social Security benefits, which raises the question of how the new retirees support themselves.

The answer might, in part, be explained by how the people who relocate near family differ from those whose adult children have always lived nearby. The movers tend to be more educated and, it follows, wealthier, an indication they may have the financial resources to delay claiming Social Security even though they’ve left their jobs.

Or of Different Living Patterns?

It’s also possible that there’s a correlation between wealth and proximity or, rather, wealth and lack of proximity. Perhaps families with less wealth are more likely already to live closer and those with more wealth to live further apart, meaning that wealthier retirees are more likely to move to be closer to their grandchildren since those who already live close don’t need to move.

Grandchild Care or Joy in Grandchildren?

The study may also misconstrue the reasons for retiring and moving, at least for some grandparents. The reason may not be so much that they are needed to provide necessary child care. Rather, they might just want to be close to their grandchildren. All the sudden, that’s a greater draw than the rewards of work.

At least, that seems to be the case with my friends. One is the longest-serving teacher in the Cambridge school system who could have retired years ago but, until now, didn’t have a greater draw than his students. He already lives near his granddaughter, so won’t be moving.

The other, also a teacher, but at a university, lives far from his new granddaughter. I’ll be watching to see if he and his wife soon move across the country.

Clearly, for many grandparents, the location of grandchildren is more important than all the “best of” lists in determining where to live in retirement.