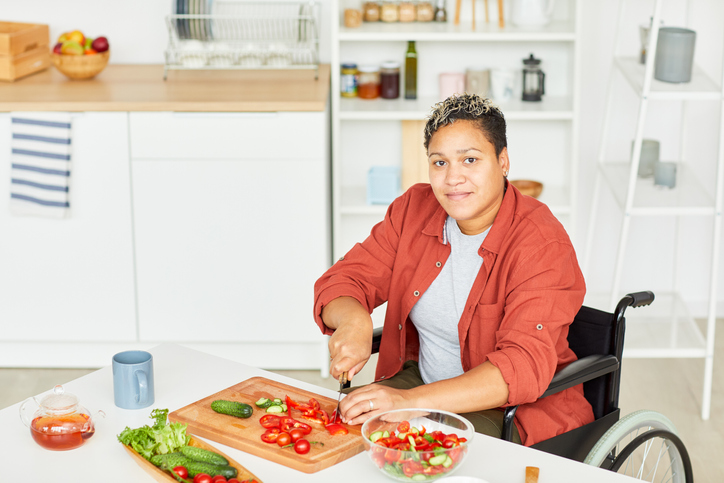 Michael Anderson, a 35-year-old quadripalegic man who needs the assistance of a personal care attendant (PCA), asked the Franklin Institute, Philadelphia’s science museum, to waive the entrance fee for his PCA. They refused. When he ultimately brought suit, the Franklin Institute, which was originally funded by Benjamin Franklin, moved to dismiss the case arguing that Anderson had no claim under the Americans with Disability Act (the ADA). This left the federal judge who ruled in Anderson’s favor entirely perplexed:

For reasons that still remain opaque to me, at the outset of this litigation, the Franklin Institute insisted that charging attendants for admission, thereby effectively doubling the cost of admission for this class of disabled citizens, did not even raise a colorable issue under the ADA. Defendant’s position on its obligations under the Act, and its characterization of its previous practices, have evolved significantly over the course of this litigation.

Michael’s father, Mark Anderson, who teaches at Temple University Law School (and, in terms of full disclosure, is an old friend), comments in a blog on the Temple website that the supposed benefit of the visit for the PCA is rather dubious, commenting on having had to accompany his son to Dave Matthews Band concerts when he was younger:

Now on the surface, [charging the PCA] might seem reasonable.  After all, the attendants are getting the same benefit from going to the event that Michael is – or are they? Having suffered through more than my fair share of Dave Matthews Band concerts (Michael’s a huge fan, I’m not), it’s hard to argue that I am having as much fun as Michael is. And the same is true for Michael’s other attendants. The main reason they are with Michael is because they have to be – it’s their job, and Michael couldn’t go without them. And because attending the event is not their choice, it’s unreasonable to expect that they will pay their own way. Their wages are low enough as it is. So Michael pays for them, too. And a $20 trip to The Franklin Institute becomes a $40 one; a $30 trip to see the Phillies becomes a $60 one; and a $75 trip to see Dave Matthews becomes a bank-busting $150.

The Role of Lawyers

The fact that the Franklin Institute’s position in this case seems without reason from a legal, practical, and public relations point of view, makes one wonder why the museum pursued it. We don’t know if it was a particularly stubborn administrator at the museum who didn’t like being told what to do, but I wonder about the role of the museum’s lawyers, Morgan, Lewis & Bockius, a major international law firm with more than 2,000 attorneys. Undoubtedly, its legal fees far outstripped the potential loss of income to the Franklin Institute by not charging PCAs for admission. Was its advice to the museum colored by the potential for charging fees? Did the lawyers fixate on a particular legal argument without regard to the ultimate effect of its strategy on its clients? (I note that two of the lead attorneys seem to practice out of the firm’s Miami office and wonder how that might affect their sensitivity to the PR implications of their legal strategy, or add to the legal costs.)

This case brings to mind one closer to home where the Worcester Polytechnic Institute has been embarrassed by its law firm’s defense of a lawsuit brought by a student who was raped by a WPI employee while on a school study trip in Spain. The law firm tried to place some of the blame on the student herself. WPI has since changed law firms and dropped this defense.

The first law firm was undoubtedly focusing totally on legal strategy. Whether or not its strategy was a good one—clearly The Franklin Institute’s wasn’t—it pursued this case without regard to the larger picture. One might argue that that is not the lawyer’s role. The lawyer is hired to pursue the legal case as zealously as possible and to advise the client on the likely outcome. It’s up to the client to decide whether and how to pursue the legal claim or defense and to look at the bigger picture. I would disagree. Lawyers are not just hired guns, or at least they shouldn’t be. They are also counselors and need to bring their entire experience to advise clients considering their clients’ entire circumstances.

I note that Michael Anderson was represented by Julie R. Foster of the Public Interest Law Center of Philadelphia and Steven F. Gold, a crusader for the rights of the disabled. While they were undoubtedly unpaid for their services, perhaps the Franklin Institute will be ordered to pay their legal fees on top of whatever it has paid Morgan Lewis.

PreviousCalifornia Limits Estate Recovery, How About Massachusetts?
Next5 Reasons You Don’t Need a Will