Elder Protective Services Duty to Investigate vs. Right to Privacy and Autonomy 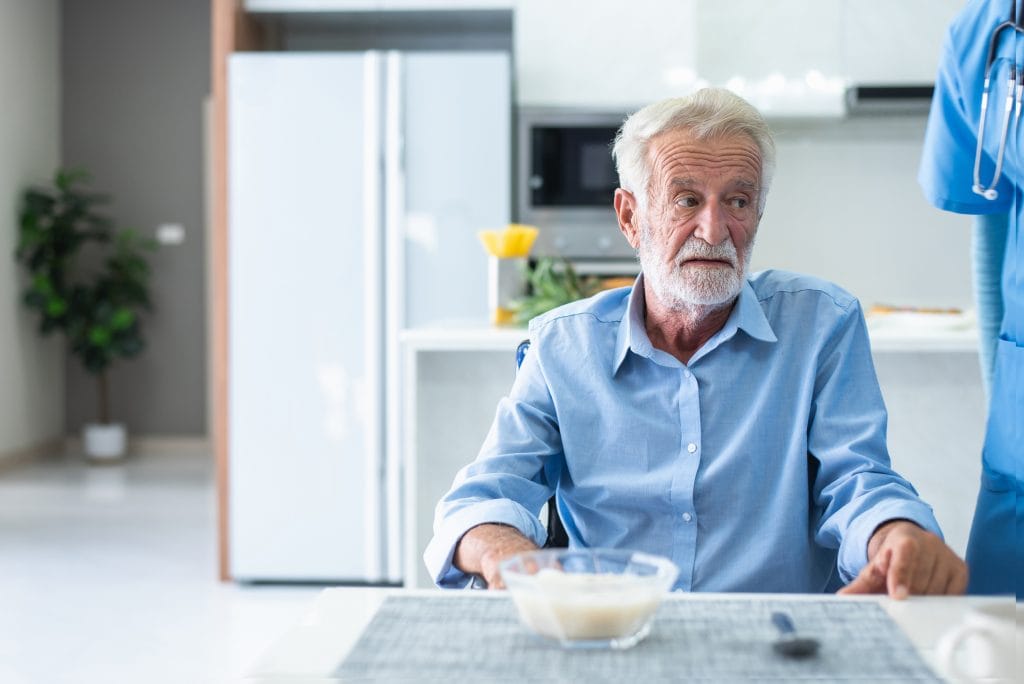 The case of Gallagher v. South Shore Hospital, et al. (101 Mass.App.Ct. 807, October 6, 2022) pits the duty of Elder Protective Services to investigate against the right of potential victims to privacy and autonomy in their homes and to control over their own medical care.

Retired Catholic priest Father Philip LaPlante lived with Susan Gallagher in Weymouth for 10 years until his death in 2016 at age 95. During this time Gallagher provided LaPlante with care and he appointed her as his agent under his durable power of attorney and health care proxy.

On June 23, 2015, Weymouth police officer Jennifer Pompeo and an employee of the Weymouth Senior Center visited the home of Gallagher and LaPlante for a “wellness check.” This followed Gallagher’s reaching out to the Senior Center for assistance through its “Friendly Visitor Program” for someone to stay with LaPlante when she went shopping. At that visit, Gallagher reported that recently when she had taken LaPlante grocery shopping he had refused to leave the car and she had enlisted the help of a man and woman to sit with LaPlante while she shopped. When she told Pompeo their names, which she had taken down, Pompeo responded that they were known to the police, had criminal records, and that there were active warrants outstanding for the woman. She then filed the elder neglect report.

On June 25th, Pompeo returned with elder caseworker Eileen Schoener to investigate a report of neglect and verbal abuse of LaPlante by Gallagher. When there was no response to their knocking — apparently Gallagher was in the shower — and seeing through a window that LaPlante was motionless on a couch, the entered the house. After a fraught interaction with Gallagher, they had LaPlante moved to South Shore Hospital where he was examined and ultimately admitted over Gallagher’s objections. This occurred even though the emergency room personnel were able to reach LaPlante’s primary care physician who reported that LaPlante was “well taken care of” by Gallagher. Laplante remained at the hospital for five days until a judge rejected a request for a protective order, at which point he moved back to Gallagher’s house.

Gallagher, acting for herself and on behalf of LaPlante, sued Pompeo, Schoener, Elder Services of Cape Cod and the Islands, and South Shore Hospital for violation of civil rights, trespass, false imprisonment, and battery. A superior court judge dismissed the case against Pompeo and granted motions for summary judgment in favor of the other defendants. Gallagher appealed to the Court of Appeals which, in this case, reverses the superior court on all counts and remands the case for trial.

The Right of Police Officers to Enter Homes

The Court reviews the elder protective services statute, M.G. L. c. 19A, §§ 15-24 and regulations and notes that “[n]othing in the statute or regulations authorizes entry into the home by a caseworker or accompanying police officer without consent, a warrant, a recognized exception to the constitutional requirement for a warrant to enter a home, or some other court order.” However, the U.S. Supreme Court has ruled that law enforcement officer may enter private property without a warrant when “exigent circumstances” exist. The superior court agreed with Pompeo’s assessment on the spot that such circumstances existed. The Appeals Court here disagrees, especially in light of her prior visit when she and the Weymouth senior center employee had observed that LaPlante appeared to be well cared for. The Court states that “neither [LaPlante] nor Gallagher had any obligation to answer the door or respond to the knock.”

Pompeo also argued that she had a “community caretaking” function that permitted her entry into the house. The Appeals Court also rejects this argument:

The Appeals Court turns to the question as to whether Pompeo and Schoener violated Gallagher and LaPlante’s civil rights and concludes that there’s sufficient evidence that this question should go to trial. It rejects Pompeo’s defense that she is protected by qualified immunity which shields police officers from civil damages “insofar as their conduct does not violate clearly established statutory or constitutional rights of which a reasonable person would have known.” In this case, however, the elder protective services statute does lay out an established procedure for investigating claims of abuse which Pompeo ignored. As a result, the Court concludes, she is not entitled to qualified immunity as to the civil rights claims.

As to Gallagher’s claim against Pompeo and Schoener for trespass, one superior court judge “reasoned that Pompeo believed her actions were necessary to prevent serious harm to LaPlante and that belief was reasonable as a matter of law.” Another superior court judge had found that the claim of trespass requires proof of injury. The Appeals Court disagrees with both findings, finding that Massachusetts law does not require proof of injury and the reasonableness of Pompeo’s beliefs is a matter of proof to be decided at trial, not a matter of law.

Finally, the Appeals Court holds that Gallagher and LaPlante’s claims for false imprisonment against Pompeo, Schoener, and South Shore Hospital are matters of fact to be determined at trial: “a jury could find that Pompeo and Schoener intentionally and wrongfully caused LaPlante to be confined within the home, the ambulance, and the hospital.” With respect to the South Shore Hospital:

The hospital admitted LaPlante without his consent or the consent of his health care proxy and retained
him even after Gallagher objected to at least one doctor that this “was amounting to ‘incarceration.'” It then held LaPlante for days under the watch of a “sitter” after telling Gallagher that LaPlante was not allowed out of bed, a point reinforced when a nurse yelled at her for wheeling him into the hall.

Finally, the Court concludes that the question of whether the hospital committed battery against LaPlante should go to trial. It reviews the definition of “battery” as “an intentional touching ‘that was offensive to the victim,’ meaning without consent.” It observes that “[t]here is not dispute that hospital personnel touched LaPlante while examining him in the emergency room and during the course of his five-day admission” and that his health care agent, Gallagher, did not consent to this treatment. “For LaPlante, that health care proxy was Gallagher. Whatever the hospital may have thought of that choice, Gallagher alone had the power to consent to or refuse treatment of LaPlante.”

This is an important case in that it establishes the primacy of the health care agent in making medical decisions for the patient and the requirement that those investigating elder abuse claims and taking protective steps must strictly follow the procedures laid out in the statute.

The history of this case is fraught in large part because Pompeo played two roles, that of the individual making the the initial report of neglect and then as the police officer assisting in the investigation. Weymouth and other police departments may well be advised to review their procedures to make sure they do not fall into this trap in the future.

One wonders about whether this whole case arose out of the tenor of the initial June 23rd visit by Pompeo. While it is not reflected in the case, perhaps the interaction between Gallagher and Pompeo became contentious and Pompeo’s neglect report and subsequent visit may have been retaliatory. After all, it sounds like Pompeo questioned Gallagher’s choice to have two strangers sit with LaPlante while she went shopping, a challenge Gallagher may not have appreciated after providing nine years of care to LaPlante, who according to the record had become a difficult charge at least in his later years.

PreviousTrustee Discretion and the Hernandez Case: Should the Trustee Pay for Dance Lessons?
NextThe New Pooled Trust Transfer Penalty: Maybe Not So Fast