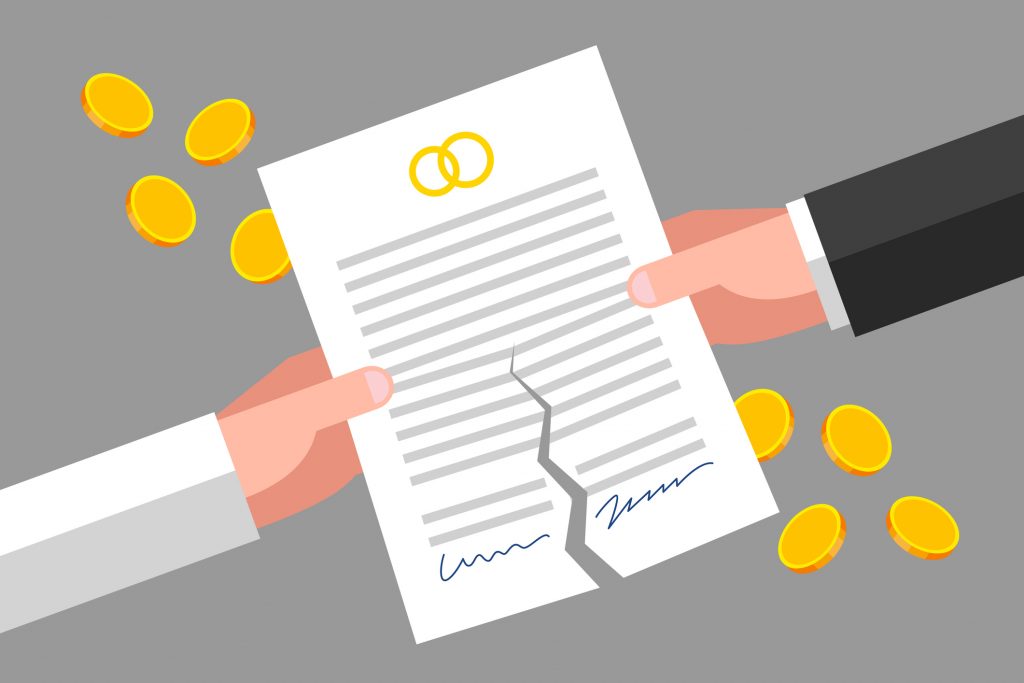 In 2010, Sean Parker purchased a $100,000 life insurance policy to benefit his wife Dawn and his mother, Joann, as alternative beneficiary. Sean and Dawn divorced in 2016 and Sean died in 2018. Subsequently, in American Family Life Assurance Company of Columbus vs. Joann Parker, et al. (SJC-13090, January 10, 2022), the American Family Life Assurance Company, better known as “AFLAC,” sought court guidance on who should receive the policy benefits, Dawn or Joann.

The legal question was whether M.G. L. c. 190B, § 2-804, which was enacted in 2012 applied retroactively to the life insurance policy and whether an oral agreement between Dawn and Sean would supersede the statute. The lower court decided in favor of Joann and Dawn appealed.

The Common Law and the Uniform Probate Code

The Supreme Judicial Court (SJC) in its opinion explained that under the common law, Dawn would have won her case because it held that divorce would not affect any estate plans or related documents already in effect. The divorcing spouse would have to affirmatively change his or her documents. The states over time passed laws reversing this rule and the Uniform Probate Code (UPC), adopted by Massachusetts in 2012, extended that reversal to life insurance policies and retirement plan beneficiary designations.

So, under current Massachusetts law, a divorce will terminate beneficiary designations of wills, trusts, life insurance policies and retirement plans in favor of the divorced spouse. Divorcing spouses can agree to supersede this law through their separation or divorce agreement, but Sean and Dawn’s agreement failed to mention the life insurance policy.

Dawn argued that the new law should not apply retroactively to the life insurance policy that Sean purchased before its enactment. However, in passing its version of the UPC, the Massachusetts legislature addressed the issue of retroactivity, saying that it would apply retroactively except with respect to “instruments which became irrevocable prior to the” laws enactment. Sean could always change the beneficiaries to his life insurance policy, so it was revocable and the SJC rules that the new law clearly applies to it.

After concluding that the UPC applies retroactively to Sean’s life insurance policy, terminating Dawn’s designation as a beneficiary, the SJC considers whether that provision was superseded by an oral contract between Sean and Dawn, who had made many of the premium payments on the policy. Here, the SJC again affirms the finding of the superior court judge holding “that Dawn’s evidence did not meet the requirements of the contract exception because the separation agreement was fully integrated and did not include the insurance policies.”

Further, the separation agreement stated: “The parties have included in this Agreement
their entire understanding. No spoken or written statement outside this Agreement was relied on by either party in signing this Agreement.”

This is an unfortunate result for Dawn, who undoubtedly needs the insurance funds to help support her and Sean’s two sons who are minors. But the law seems clear that absent a written agreement to the contrary, divorce revokes estate planning instruments and beneficiary designations in favor of the divorced spouse. Clearly this was an oversight in Sean and Dawn’s separation agreement which did not mention the policy, an oversight that could be legal malpractice if Dawn had been represented by counsel. But it appears that she and Sean concluded their divorce without the involvement of attorneys. The decision reports that they used a form provided by the probate court.

Further, if Sean and Dawn had never married, the beneficiary designations would not have been affected by their separation, since it’s the divorce that caused the revocation.

PreviousBoomer Attorneys Need to Plan for their Eventual Retirement 
NextWhen Naming a Minor as Beneficiary of Your IRA, Use a Trust